We’re very excited to bring you the brand-new album from infamous antifolk troubadour, Tim Loud. Salvation is Tim’s third full-length release, on which he aims to expand on previous musical avenues whilst marking out roads for new territory. You can pre-order the album now on vinyl and CD. Check it out here: http://bit.ly/2NN1GL3

Whether playing solo acoustic sets of roots, blues and antifolk or more raucous sets with his full band, Tim has been rapidly building his name in the music scene with a rigorous touring schedule. He has established a solid reputation for his skilled songwriting, thought-provoking, irreverent worldview and truly entertaining live shows. 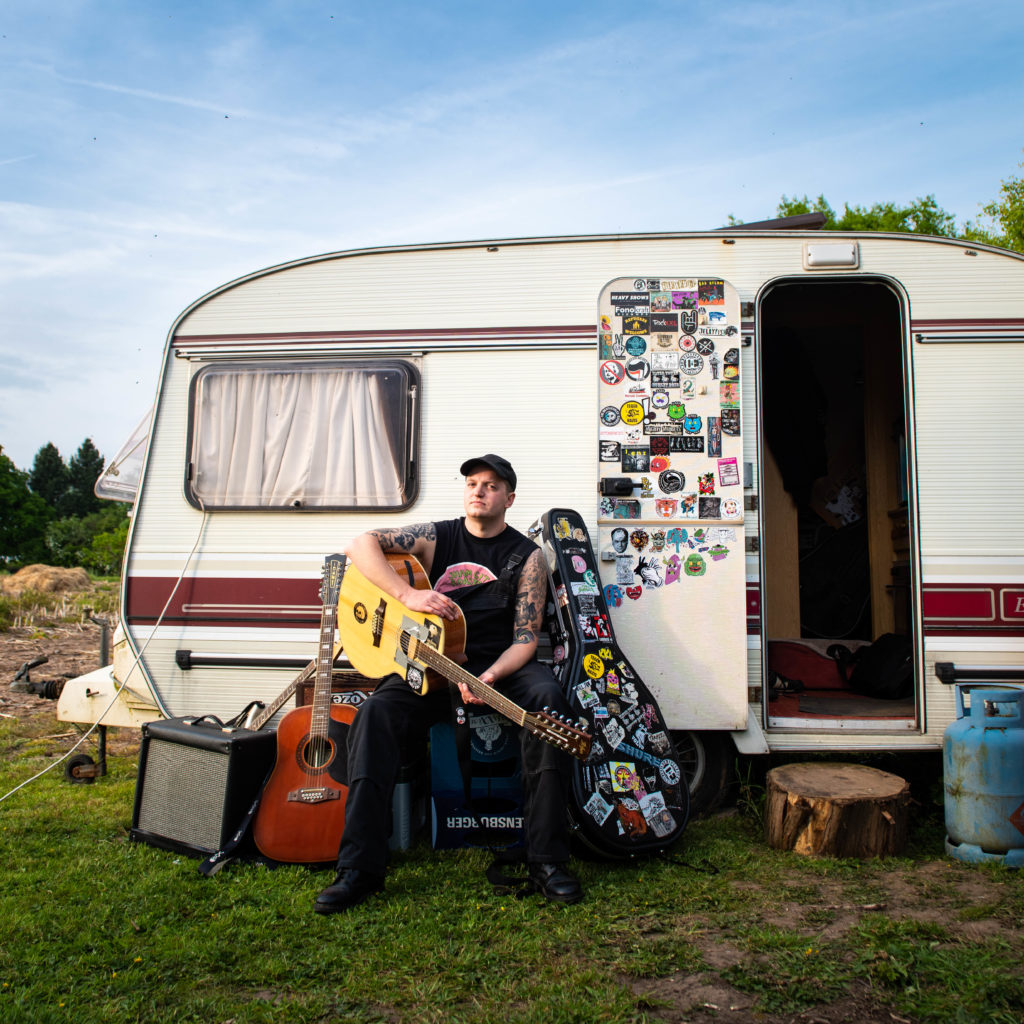 With range, character and depth to his vocals and a passionate and varied playing style, Tim tackles an array of genres and influences in his music, while his lyrics take on a wide selection of topics from the personal to the political, always conveyed with a hint of irony and a heavy dose of cynicism.

You can pre-order Salvation from us now random colour vinyl, CD and digital download, ahead of its release on 28th September 2018. Hot off the heels of the release, Tim will be embarking on an 8 date UK tour with Roughneck Riot, followed by a 16-date tour in Western Europe. Pre-order: http://bit.ly/2NN1GL3

The subject matter of Salvation’s 11 tracks delves further into the self-analytical lyrical content presented in the previous two albums. This time taking on a far more nihilistic and accepting approach to the issues that have presented themselves during his time spent relentlessly touring Western Europe since the release of his first album.

For the most part Salvation has moved past the satirical finger pointing of previous tracks like ‘Age of the Idiot’ and ‘I Don’t Care…’. Instead opting for a more earnest and personal approach, allowing some vulnerability to peak through what is still intended to be a humorous, light-hearted glance into Tim’s world.