We are delighted to welcome Cornish punks Bobby Funk to the TNSrecords family. And have we got a unique record for you. Coming on April 16th 2018, Bobby Funk will be releasing ‘Avocado Stains’.

Bobby Funk have spent the last few years causing a scene up and down the country with their infectious riffs, driving bass, punishing drums and tongue in cheek lyrics, this EP is a culmination of all that condensed into 13 minutes of chaos. Recorded in December 2016 and summer 2017 in Falmouth, Cornwall Bobby Funk are finally ready to unleash this monster via TNSrecords, Autonomonster Records and Krautpop! Limited to 250 copies on radioactive Avocado shaped vinyl, no two records are the same. 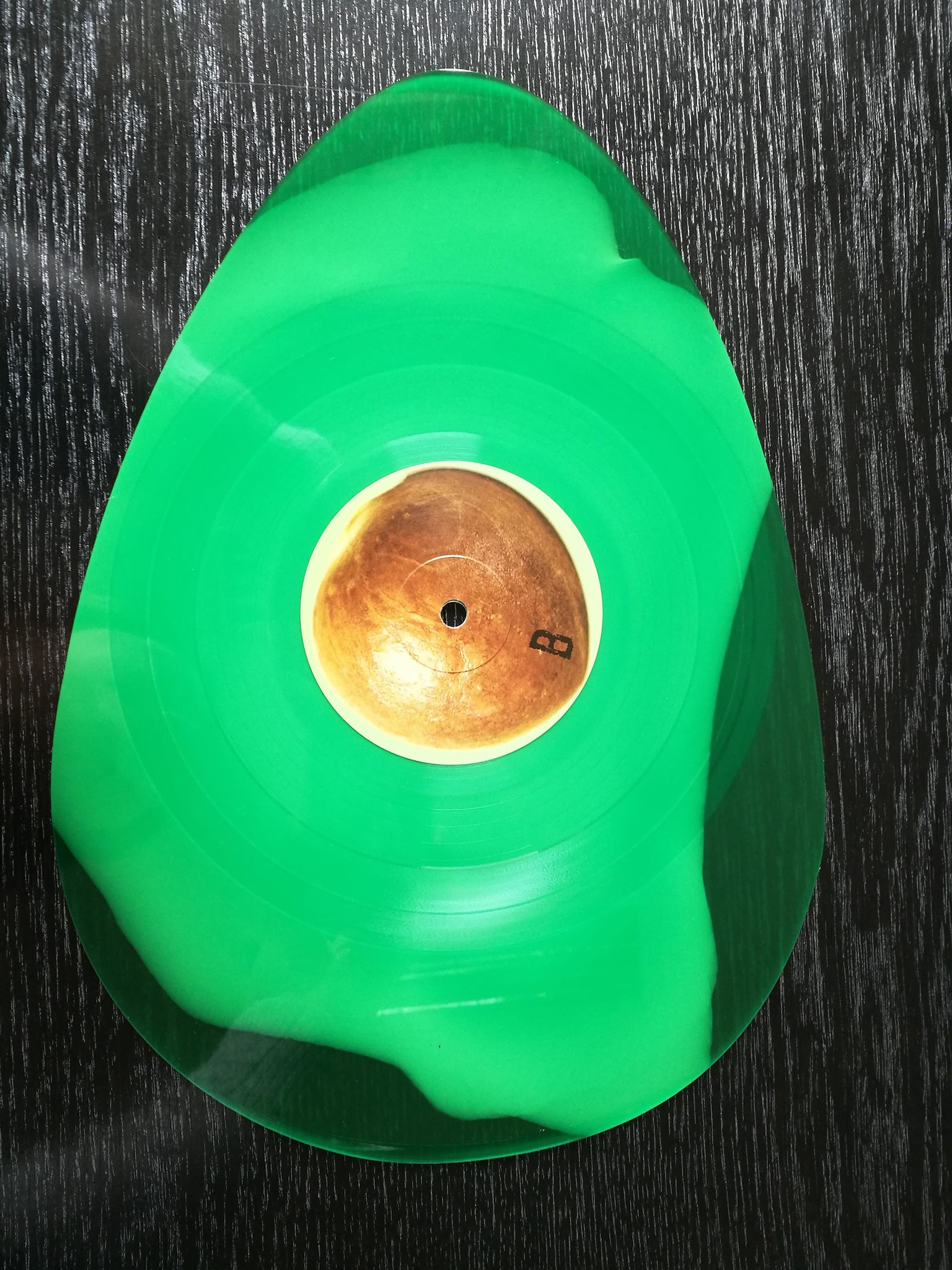 Featuring tracks about drugs, bouncers fighting, calling Johnny Depp a Wanker 83 times (yes, we counted), what would have happened if Jason Statham was in Crass and a song about a sick helmet that becomes a sick helmet, there really is something for everyone!

You can catch Bobby Funk releasing the record at Manchester Punk Festival 2018 at 2pm in the Zombie Shack on 21st April. More shows will be announced throughout the summer up and down the country as well as a trip to Europe in the near future.

These records are very unique. That means they are expensive to make as they are a 7″ cut into a 12″ record, hence the price. Don’t hang about if you want one, we don’t have many.