0161 kicked off the festival season with a bang at the weekend. The start of festival season means one thing; it is time for our annual gathering at Manchester Rugby Club for the mighty Strummercamp Festival. This will be the sixth year that TNS has helped out at this great little festival. This year we are teaming up with Spannered and Punx Inna Jungle to bringing you a cracking line-up on the second stage. Hempen Jig are also putting on their awesome acoustic stage again.

If you weren’t aware Strummercamp was set up initially as an idea to pay tribute to the late great Joe Strummer and the Clash, reflecting Joe’s positive spirit and influence, the organisers mix the acts from many musical backgrounds, from classic punk to ska, reggae to rockabilly, folk to rhythm and blue. It’s a not-for-profit festival that takes place at Manchester Rugby Club the weekend 23/24/25 May.

We have some very limited cheap weekend tickets for just £50, if you want to come head to our webstore to grab yours. Be quick as these cheap tickets are very limited. Get them HERE.

Here is what we have planned for you:

**We will update this soon with the bands playing the Spannered, Hempen Jig and Punx Inna Jungle stages**

The following bands have also been announced for the festival, with more to come:

For more information, check out the Strummercamp website. Make sure you get your cheap tickets HERE. 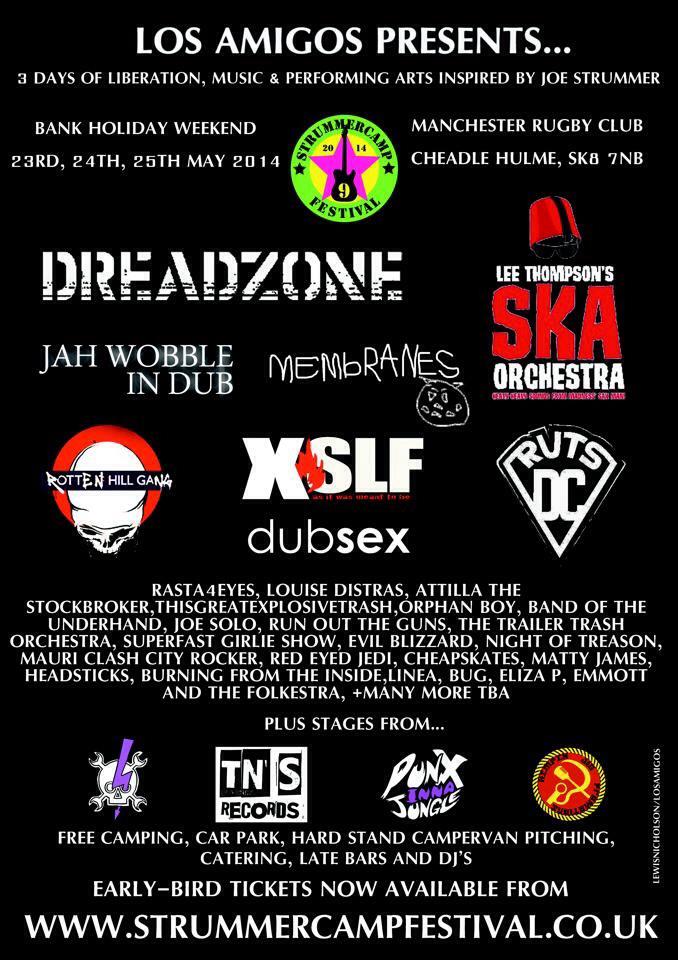