We’re very excited to bring you the debut album from Jodie Faster. On ‘Blame Yourself’ they’re faster and angrier than ever.  We will be shipping the records for the 7th Feb. This is a pre-order. The LP is available on black and white vinyl. We have limited copies so be quick if you want one! Head HERE to listen before you buy.

On ‘Blame Yourself’, the band is back with full rage for 17 raw and bitter hardcore punk tracks, that draw a fragile balance between weakening mental health, powerful hate of capitalism’s inherent injustice and keen awareness of the urge of living our true lives. No gain just pain.

Speaking to IDIOTEQ, the band commented:

We’ve been tracking it down between august 2018 and june 2019, which was a long process for such short songs ! We’ve been touring a lot in the meantime, and some of the songs had no lyrics when we first started the recording sessions, so that’s probably why it took so long.

Asked about their organic sound, the band replied:

We tried to keep the stage feeling through bass and drums live recording and the choices production-wise. We worked with R3myboy to have the instruments as natural and dynamic as possible.

The title is taken from one of the songs, which question the guilt that capitalism makes the people endure. Art cover was made by the talented Tom DBC (Death By Coffee) to illustrate this idea. 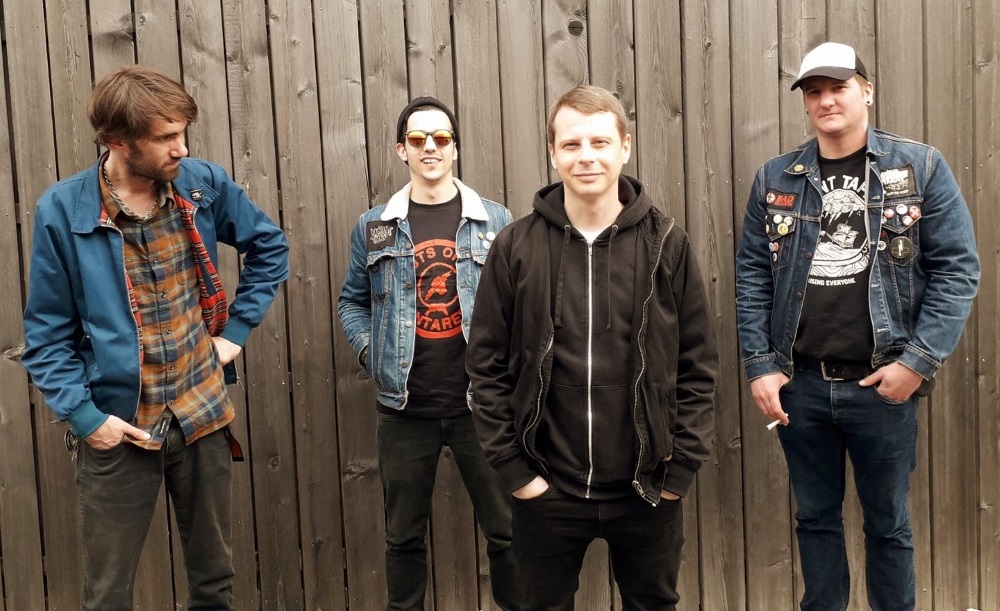