We are excited to announce that ‘Colossal Velocity’ the new album from Revenge of the Psychotronic Man is available to pre-order now from our webstore! Out on 15th July the album is available on vinyl and CD along with all our usual bundle deals. The vinyl is on two variants; Clear (100) and Sea Blue (200). Don’t hang about if you want the clear vinyl, they will probably shift quickly.

“I didn’t see The Ramones play in New York and I didn’t see The Clash play in London but in thirty years I can say I did see Revenge Of The Psychotronic Man play in Manchester… with Mr Blobby.” Colin’s Punk Rock World

If you weren’t aware, Manchester band, Revenge Of The Psychotronic Man play stupidly fast punk rock and have been touring all over the UK and mainland Europe for over a decade. Their ‘Make Pigs Smoke’ and ‘Shattered Dreams Parkway’ albums have received critical acclaim from both the underground fanzine circuit and more mainstream publications. 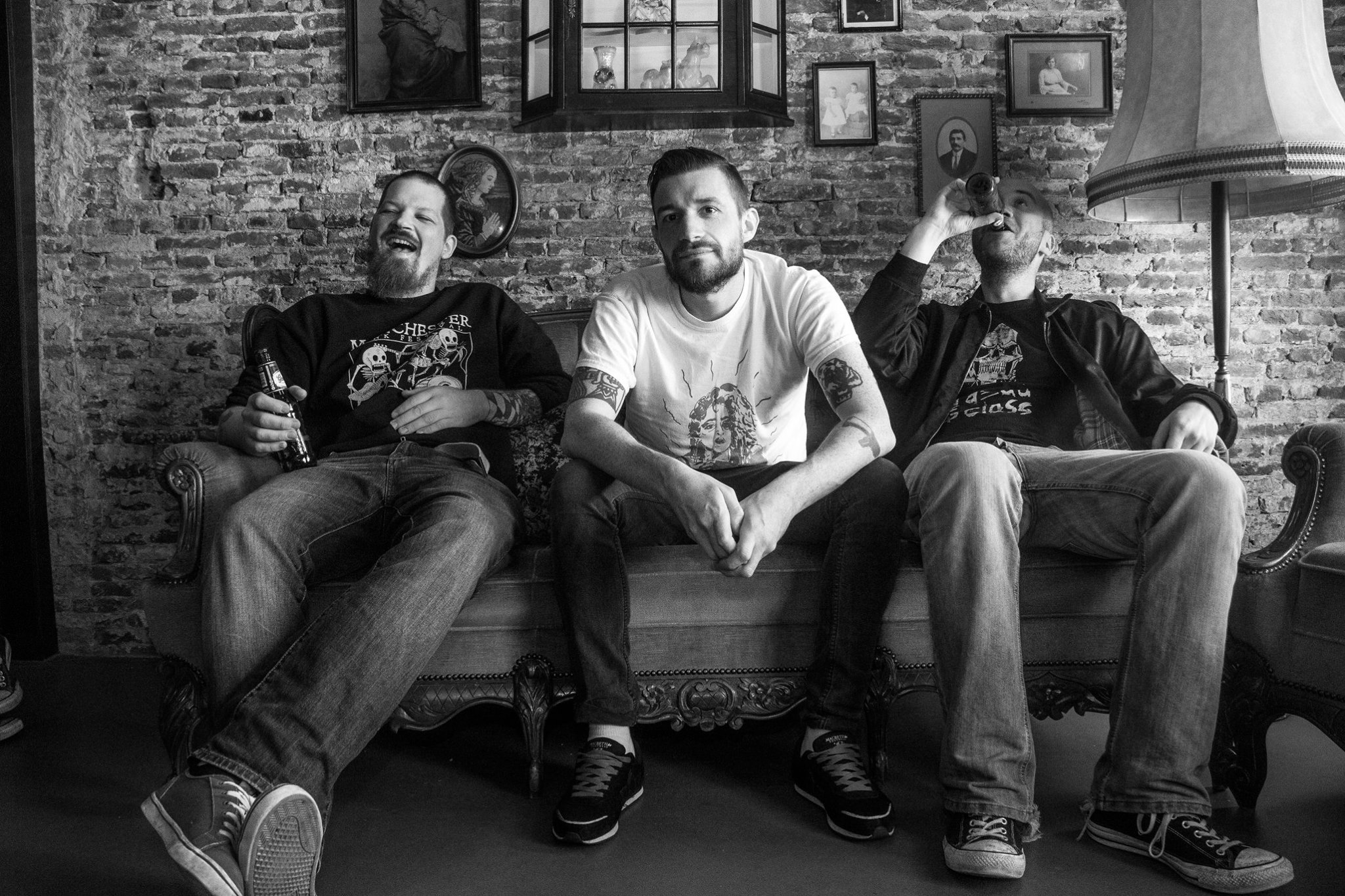 Grab a copy of the album here.

In 2013 the band recorded a Maida Vale session for Radio 1 and also had a track picked by Steve Lamacq in a compilation of his five favourite independent bands of the same year. They are massive supporters of the DIY ethic with all members having put on their own gigs. Bassist/vocalist, Andy Davies co-runs independent punk label TNSrecords and is part of the collective that set up and run Manchester Punk Festival. Guitarist/vocalist, Matt Woods co-runs the popular MBBP live night in Manchester.

Their lyrical content ranges from DIY ethics, supporting local music venues, political ranting, drinking anthems and cult footballers. The band has shared the stage with the likes of Bad Religion and NoMeansNo, whilst racking up around 500 gigs and building a reputation for a high energy live show with huge crowd participation.