NEW PIZZATRAMP. Yes mate! This album is available for pre-order now and will be released on the 5th April. Also… PICTURE DISC! And Orange Vinyl. And CD. There is also a Koozie. Winner.

Frequenters of UK DIY gigs know who Pizzatramp are.  Chances are, they love them.  Knocked up in 2014, they’ve built a strong following for their no nonsense fast thrash-punk noise.  Their new album, Grand Relapse, is out 5th April on TNSrecords.

Though the punk world had been waiting for them since the early 70’s, it was 2014 when the band burst onto the scene.  They’ve got years of experience, but the band describe this as their best album yet, spitting out any normal conventions of song writing. Prepare for your ears to bleed and your feet to stomp.

Discussing the album, guitarist and vocalist Jim said: “This album tackles the cult of Scientology, the dangers of taking pills on school nights, the stupidity of white racist scum, the systematic destruction of the NHS, the mindless hell of working rubbish jobs and a load of songs about hangovers, comedowns and drinking.”

This 15 song offering very quickly tells you what you’re in for – fast, thrashy punk with dark undertones of a faltering society.  TNSrecords love the album; it sums up everything the DIY community stands for.  It’s a massive middle finger to the norm which will make your heart boom and your soul dance.

Pizzatramp are arguably one of the leaders of the DIY scene and this new album will be a welcome addition for many a record collection.  After an amazing gig at Rebellion 2018, they’ve shown they can easily dance with the big boys.  These are exciting times in the punk rock world.

The album is now available to pre-order from TNSrecords on picture disc, orange vinyl and CD from our webstore: http://bit.ly/Pizzatramp 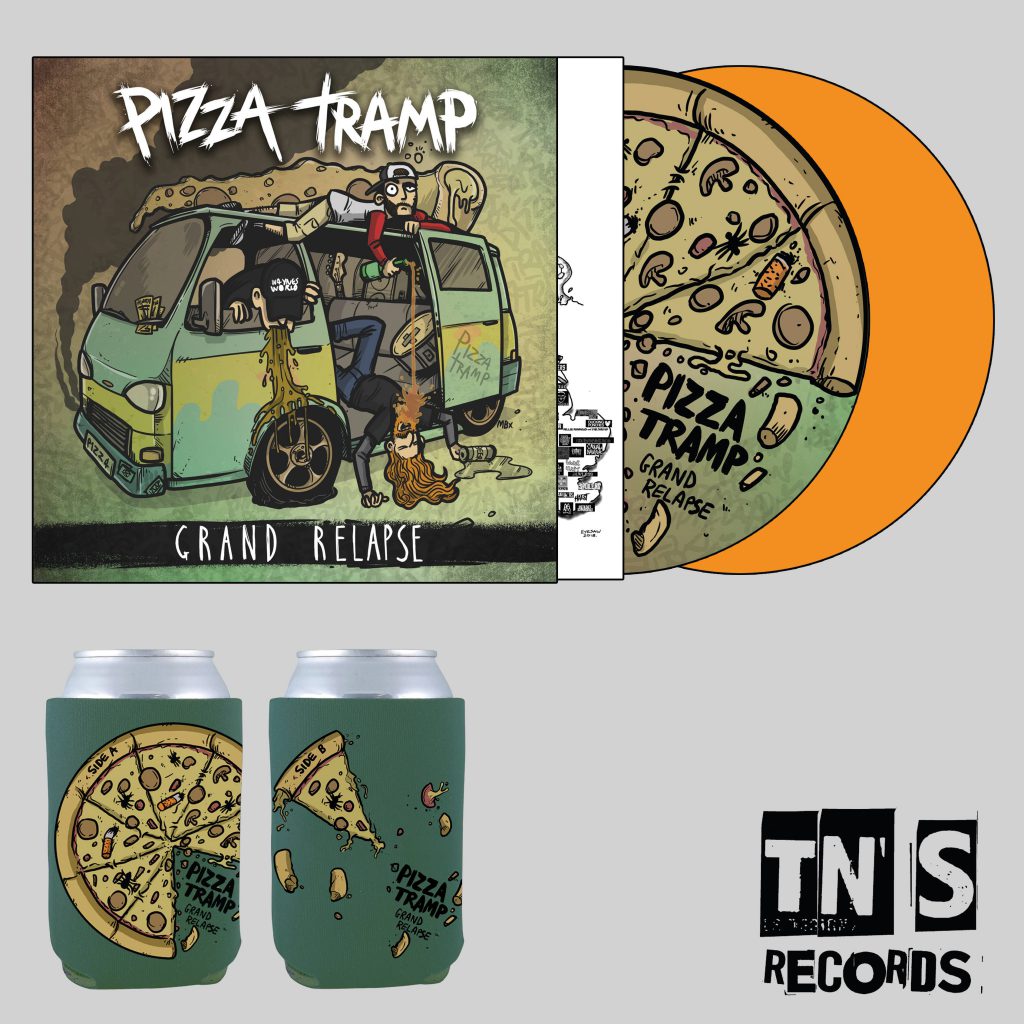