Skip to content
Have we got a treat for you? Everyone loves Wonk Unit so that would be a yes. We are kicking your week off with a new Wonk Unit video, which will be available for free download on 6th May.
Channelling a healthy dose of punk rock cynicism and bitter irony Wonk Unit unleash another 3 minute melodic pop-punk classic with new single “Je M’ appelle Alex,” released 6th May, Rising Phoenix-like from The Flying Medallions (AKA “the best live band on the planet”) Wonk Unit have attained an almost mythological status in the UK underground, having played easily over 500 UK club shows and touring Europe many times, getting substantial attention in the underground press and BBC Radio 1 airplay.

“One of the most unique bands in modern punk rock. Wonk Unit are a fresh breath of life in the London punk scene. They’re fun, weird, poetic and utterly compelling all at once, a must-see.” Art Rocker

Front man Alex Brindle-Johnson is a modern day renaissance man, a plasterer by trade, he is also published author – having written a book during his commute to and from various London building sites. His poetry even saw him being invited to open the London leg of the international LitCrawl festival in 2013.
Alex first came across Slaves in 2012 and on hearing their Sugar Coated Bitter Truth EP immediately recognized a spark and similar mentality in the young duo. Within weeks they were on their first UK tour supporting Wonk on their “Muffy” album. Since then the two bands have played countless shows together, culminating on 6th & 7th May at London’s Scala for two nights of punk rock celebratory mayhem in the capital.

“Wonk Unit are arguably the future of punk rock; I fully accept that that’s a bold statement, but having had ‘Nervous Racehorse’, the fourth full length album from the London outfit on rotation for the past week I feel they entirely justify the claim…” –Louder Than War

Je M’appelle Alex is the first single to be taken from the upcoming Mr Splashy album due for release in early 2016 on TNSrecords. Wonk Unit and TNS are a perfect fit – Manchesters TNS records have been putting out cutting edge independent punk rock music since 2008 and have had releases by bands such as Revenge of The Psychotronic Man, Vanilla Pod, Roughneck Riot, Beat The Red Light, Stand Out Riot and Bootscraper
“[Wonk Unit] have managed the almost impossible task of having found their own sound.It’s punk son, but not as we know it” – Big Cheese 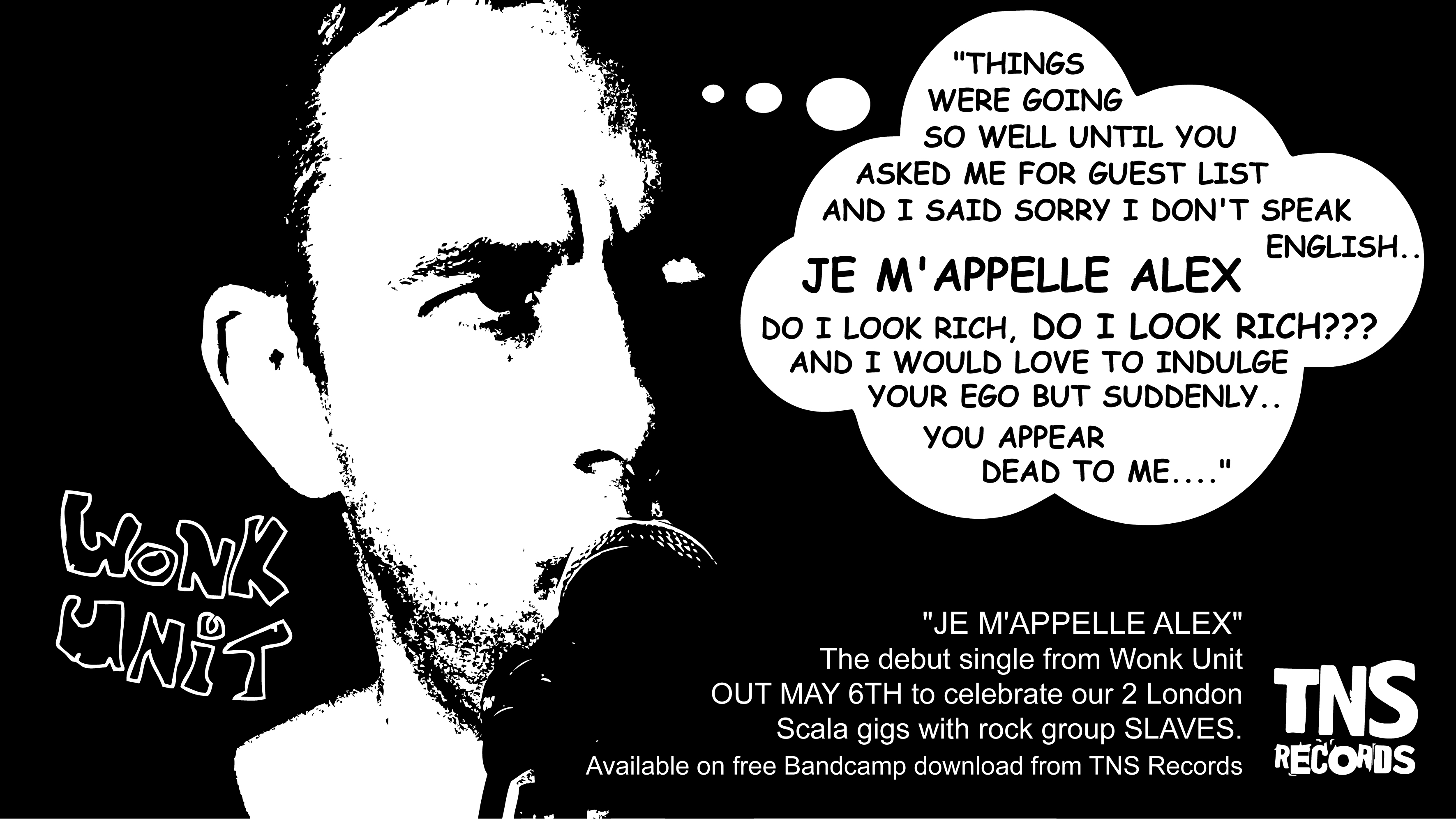