We are really excited to add three new dates to the 2017 TNS Tour. Unfortunately Roughneck Riot are unable to play the new dates, but will still be playing all of the other previously announced dates.

Revenge of the Psychotronic Man, Wonk Unit and Faintest Idea will be playing at Cellar Bar in Stafford on Friday 3rd March and in Banbury on Sunday 5th March.

Revenge Of… and Faintest Idea will also be playing The Underground in Plymouth on Saturday 4th March.

Tickets will be available from the individual venues. There will also be local support acts. We will also be putting a limited edition tour 7″ and tour t-shirts on sale soon. 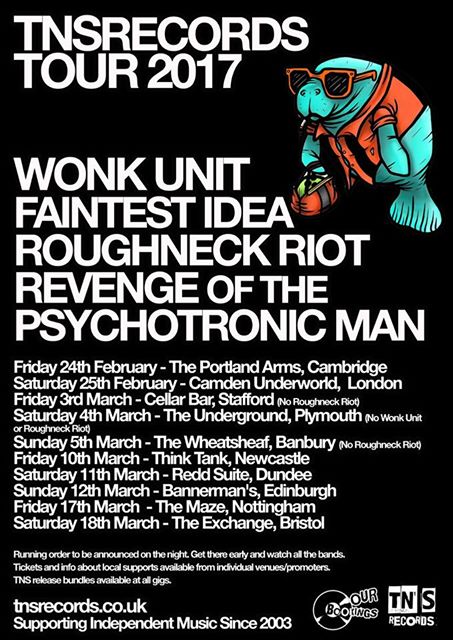