We’re very excited to bring you this beautiful new split from TNS favourites Stöj Snak and Speed Dinosaurs. The EP is available on black marbled magenta and white 7″ vinyl and will be released at MPF2019 on 19th April.

The Mass Extinction Split came about when John wrote a new song explaining what fracking is and how it works. Niels from Stöj Snak, was at the time writing songs for the band’s coming full length record had a few spare songs with many of the same themes, so when he heard a demo of John’s song by accident got in touch to suggest a collaboration making an ecology / dinosaur themed split record.

The overarching theme of the record is ecological disaster caused by humans. A theme that is touched upon from a few different angles – some quite serious and a few a little more humourous.

Jonathan of Speed Dinosaurs, a geologist by trade, grew sick of the mass extinction event that wiped out the dinosaurs getting so much of everyone’s attention; knowing a bunch of other mass extinctions throughout the planet’s history which were even more devastating. The song that came out of this, The Biggest Mass Extinction which ended up lending its name to the whole record. 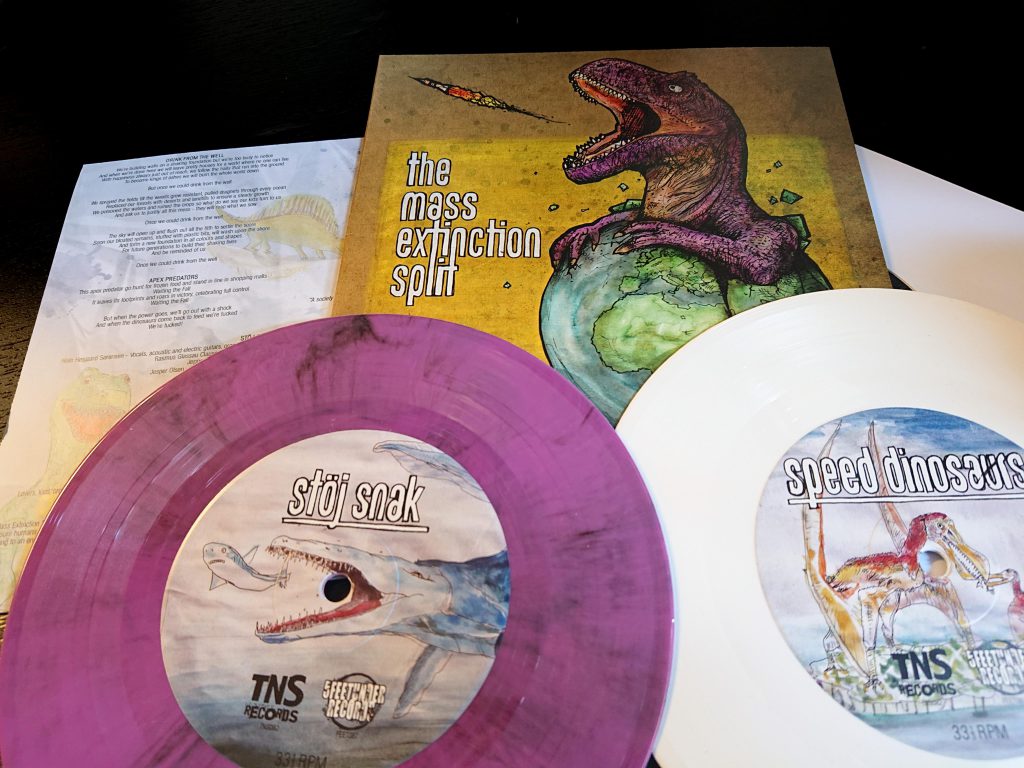