We are really excited to announce that we have joined forces with loads of great labels to re-release the Mighty Midgets’ album ‘Raising Ruins for the Future’ on vinyl for the first time. You can pre-order the album now from the TNSrecords webstore. Released on the 18th December the album is available on both pink (150) and black (150) vinyl. We have a limited amount of copies so be quick if you want one.

Make sure you grab your copy HERE!

Here is a bit about the album…

In 2010 we were sent a copy of ‘Raising Ruins For the Future’ by Mighty Midgets for review for our fanzine. We instantly fell in love with it. The combination of ferocious speed, combined with unforgettable melodies was absolutely spot on. It was a game changer. We wrote a superlative filled review and promptly ordered some copies to sell in our distro and to spread the word about a fantastic band.

It turned out that the guys ran their own label in Denmark; the fantastic 5 Feet Under Records. It was so cool to find a group of people with such similar ideas and ethos to ourselves, who also played such brilliant music. We decided to work together on some projects, the most notable being an International Split, which featured Mighty Midgets, Revenge of the Psychotronic Man, Fist of the North Star (USA) and Broken Aris (Sweden), which was collectively released by TNS, 5 Feet Under and Stikman Records (USA). It’s amazing what can be done when people work together.

This was the start of TNS working outside of the UK and it has continued over the last few years, with UK bands getting released/playing in Scandinavia and Scandinavian acts coming over here. It is an absolute pleasure to continue to work with 5 Feet Under, they are a big part of the TNS family. Mighty Midgets stopped gigging a few years back and we were always disappointed that Raising Ruins was never released on vinyl, so when the guys came to us and said they wanted to rerelease it on 12 inch we were absolutely delighted.

We have some copies on pink vinyl and some on black. The art is beautifully designed by guitarist, Niels. We are so proud to be releasing what is genuinely one of our favourite records. We will be in Denmark next week to see the band playing live at 5 Feet Under Fest. And don’t worry, we’ll be trying to convince them to do some UK dates too. 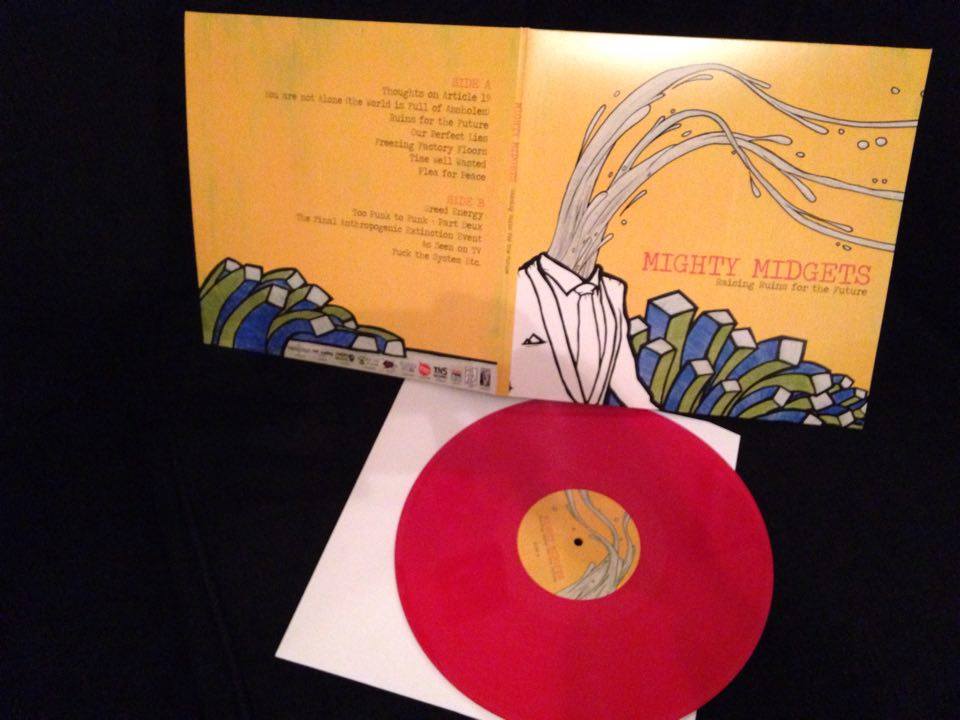