New Album from The Domestics

We’re very excited to bring you a brand new album from The Domestics! What an album. If you like your hardcore you really need this in your life. The album is available on gold, silver and bronze vinyl! It looks stunning. Pre-order it now from our webstore. It’s out on the 4th August, we will be posting them out that week.

Pick up a copy here – https://www.tnsrecords.co.uk/?product_cat=tns-releases

Cherry Blossom Life is the third album from East Anglian hardcore bruisers, THE DOMESTICS. This record sees them drawing evermore on their Japanese, Swedish and USHC influences, integrating them further into their already ferociously defined sound.

It’s fast, it’s rabidly pissed off, but it’s not just another formula hardcore record. Check some of the lyrical themes here – from philosophical musings on the concept of love (and how it’s sold to us) to the plight of migrants exploited by employers in destination countries; from notions of authenticity in punk, domestic violence, the purging of destructive familial ties and the usual dose of loathing (self and otherwise). And that’s just for starters. 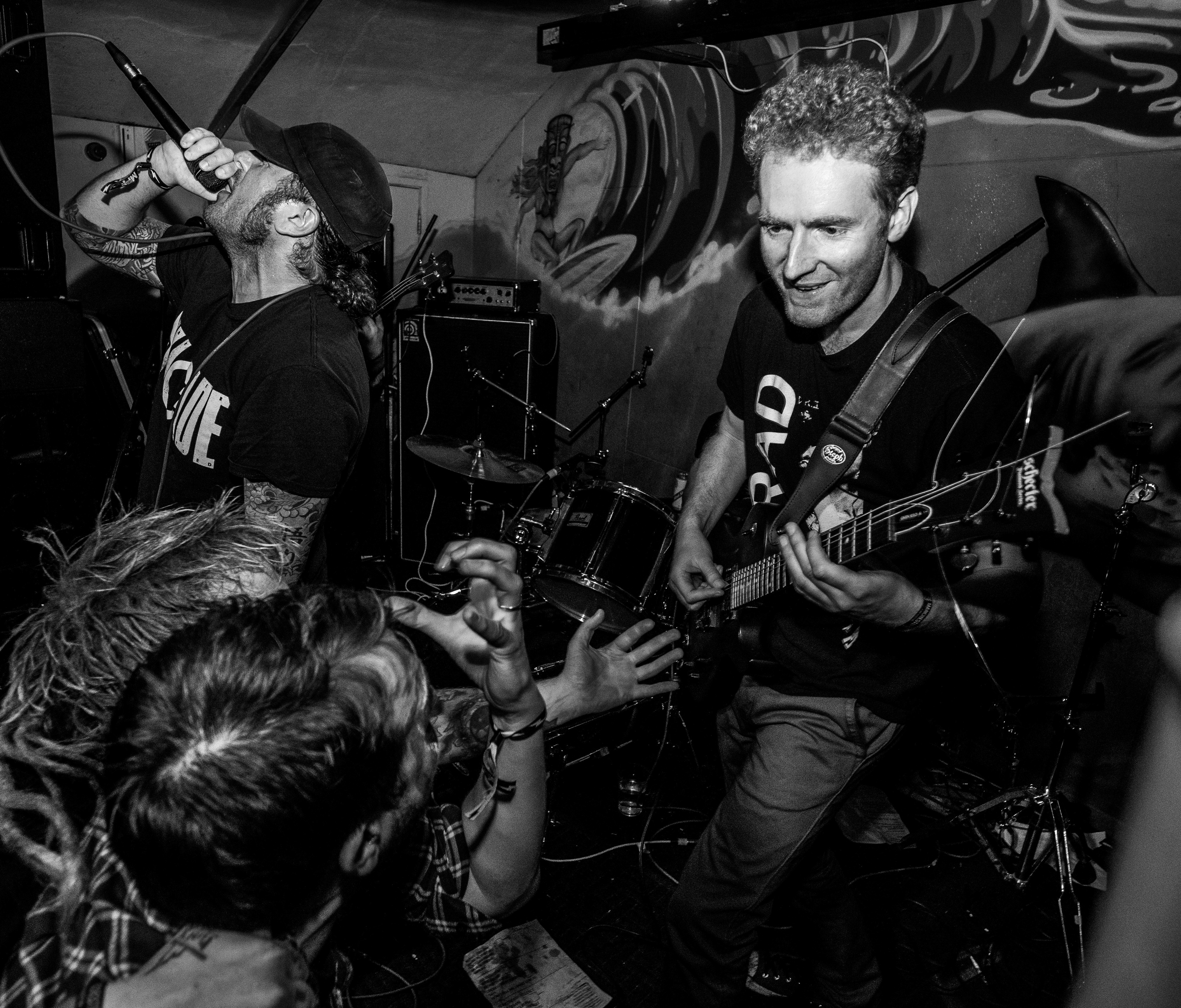 Cherry Blossom Life is a more musically stripped-down record than its predecessor, Routine & Ritual, now that the band has pared down to a four piece, but this seems only to have focused their rage across these 17 tracks all the more.

Previously compared to the likes of classic hardcore outfits such as OUT COLD, GAUZE, NEGATIVE APPROACH, RIPCORD, FORWARD, POISON IDEA and BLACK FLAG, alongside more contemporary exponents like GREEN BERET, CAREER SUICIDE and KOWARD, U.S. punk bible, MAXIMUM ROCK ‘N’ ROLL described their last album as “Stellar…if you’re gonna play hardcore don’t fuck around. THE DOMESTICS got the memo…pissed beyond belief”. Stalwart UK punk zine SUSPECT DEVICE described them as “one of the UK’s finest punk bands” whilst New Zealand’s’ SCANNER refers to them as “brutal hardcore…caustic yet intelligent”.  It remains to be seen what people make of this record, but take it from me, it fucking rips!

Frontman, James Domestic, talking about the new record, says “This really is the culmination of the six years that this band has existed and for the first time, rather than simply being a recording of all the new songs we had, it was actually written as an album.  The flow and the dynamics of the whole thing was considered right from the start. I mean, in the main, it’s the fastest record we’ve made –but there are peaks and troughs.  We’re not a one trick pony y’know?”

Asked about what he thinks THE DOMESTICS bring to the crowded hardcore table, James has this to say: “One thing we’re always keen on is proper, catchy, memorable songs. There’s tons of great hardcore all over the world but the stuff I like best has speed, intensity and really great songs.  Riffs and shouting is all well and good, but if you have good songs within that too, it means that a record, can have longevity and connection…it’ll still sound great in ten years or twenty years time and messages carry better if a song is memorable; if people come and see you play and are singing along that’s just the best thing for us. It feels like the communication of ideas – political, social or personal – is all the richer”.

Pick up a copy HERE.

We’ve also joined up with several labels to release a new covers 7″ from the Domestics. Pissing on Perfection is a six song 7” E.P. on ‘piss splatter’ vinyl. It features six DOMESTIC-ated versions of songs by other bands, all of whom are band favourites or – in the majority of cases – are a direct influence on THE DOMESTICS’ sound. From Japanese hardcore legends, GAUZE, to post-punk contrarians, THE FALL (via tracks by ANGRY SAMOANS, OUT COLD, RUDIMENTARY PENI and THE FIVE STRING DROPOUT BAND) there’s quite a variety here, all done in the trademark DOMESTICS style. East Anglian Hardcore roots!