It’s been ten years since The Kirkz unleashed their Christmas album on the world. I don’t think there is a Christmas that goes past since without “God Rest Ye Merry Gentlemen” getting a spin. To mark this anniversary we thought this would be a good opportunity to release the album as a ‘pay what you want’ download to raise money for charity.

Sit back and contemplate that you live in a world where this album can be made and released on CDR then 10 years later as a digital download. What a time to be alive! Please head to our bandcamp to help us raise money for the charity Ollies Army – olliesarmy.co.uk

The rest of this was written by Max from the Kirkz. But we’re sure you didn’t need us to tell you…

“Ten whole years. A decade of wonderment since The Kirkz left a sparkling and indelible mark on the Season with “God Rest Ye Merry Gentlemen”.

Previously known simply for being Cheshire East’s most dangerous band, here we saw a different side to the Kirkz. A magical tale unfolds of kindness and redemption, generosity of spirit and warmth of heart set against the snowy backdrop of a remarkable Macclesfield Christmas. At its core is the central theme of good vs evil, as timeless as Christmas and The Kirkz themselves. The album is notable also for forecasting the global financial crisis which would have gripped the world a mere 12 months later.

So join our four heroes to relive those 1st jolly steps outside on Christmas Eve and be transported to a simpler time, when our chestnuts were permanently roasting on an open fire.

God bless you and God bless THE KIRKZ.

The Kirkz and TNS are proud to present this download to you on a pay what you want basis. If you do choose to offer money then 100% of all received is being donated to registered charity Ollies Army. This will help in the fight against Batten Disease, a rare but terrible condition and help ensure that little Ollie and his sister get the very most out of this and every Christmas they can.
olliesarmy.co.uk ” 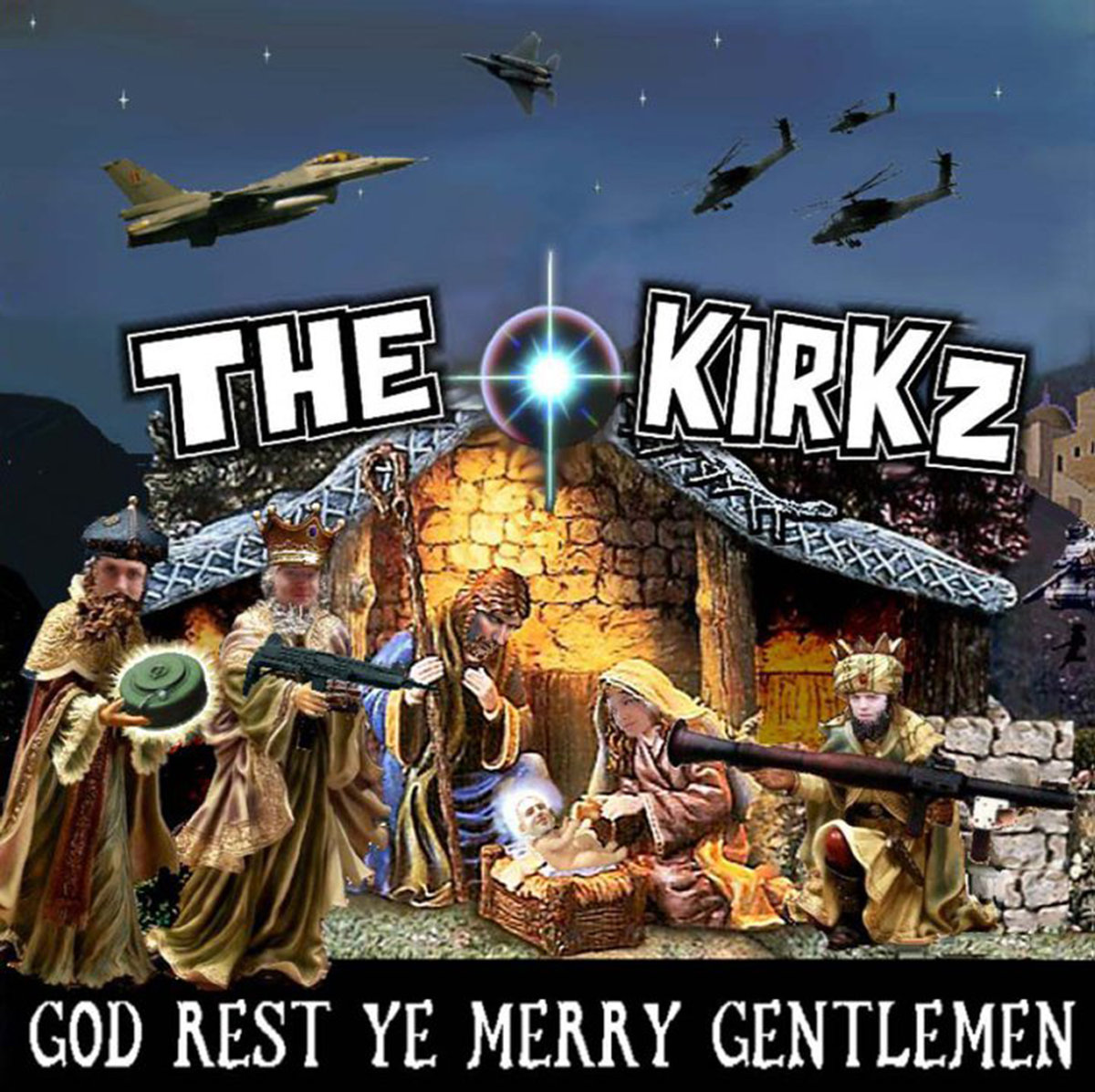