We are very proud to announce that the Filaments will be headlining this years Manchester Punk Festival.

The band will be returning for their first Manchester gig in a decade. Since their debut album ‘Skull and Trombones’ was released in 2001 the Filaments gained a reputation for their immense live shows with a sound that has truly stood the test of time.They’ll be no greater proof than around 9pm on Saturday 18th April when The Filaments top off an incredible day and night celebrating everything under the umbrella of “punk” the UK (and further) has to offer.

We will be announcing the final set of bands for the festival on Sunday. We have another 15 great bands for you.

Ticket are available from the TNSrecords webstore and from Sound Control. 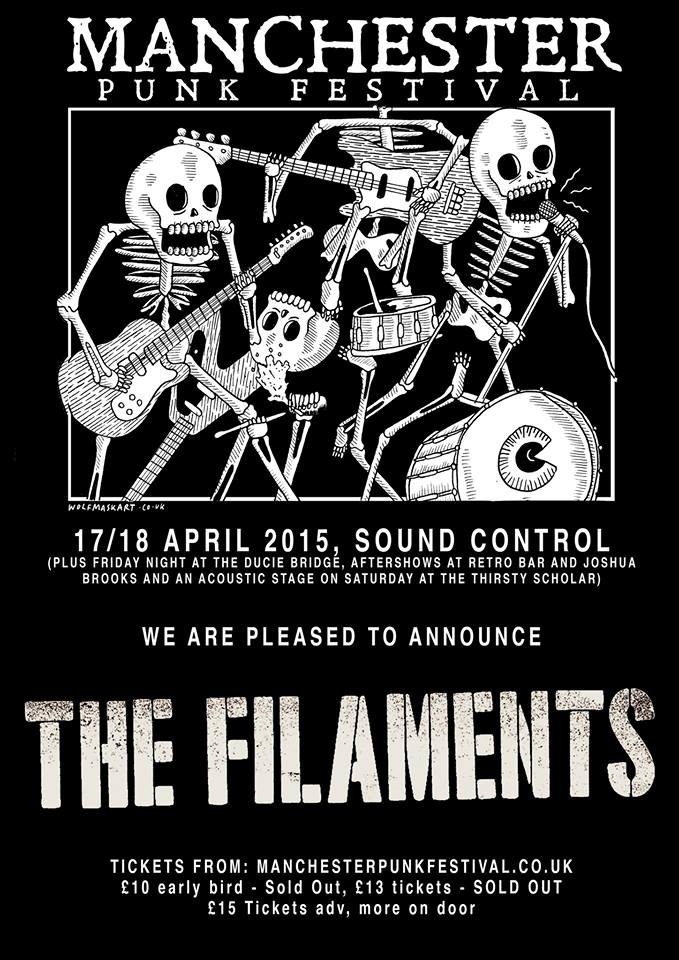