The Domestics join the TNS Family - Pre-order their Album

We would like you to welcome The Domestics to the TNSrecords family. Their second album ‘Routine & Ritual’ is now available to pre-order (both vinyl and CD) from the TNS webstore. As usual we have loads of different bundles for you to check out.

The Domestics are at the forefront of the new breed of hardcore punk spewing out of East Anglia (EAHC as the faithful are calling it) – the region that gave birth to Extreme Noise Terror, Raw Noise and The Stupids to name but a few. Mixing elements from the best of the U.S. (Poison Idea, Black Flag, Out Cold, Limp Wrist, Green Beret), Japan (Gauze, Warhead, Kreigshög) and the UK (Discharge, Chaos UK, Violent Reaction), The Domestics end up sounding fresh through the breadth of their influences.

Many of the elements may feel familiar but the overall sound is hard to pin down with any real certainty. They ain’t reinventing the wheel here but I can’t think of another band that sounds quite like them. This is, by some margin, the most obnoxious-sounding record TNS have been involved with so far. Full of hate, hope and hooks (memorable songs and hardcore can go together – don’t let anyone tell you otherwise). Socially aware lyrics tackling frustration, depression, cultural and sub-cultural norms and more add to a album that demands repeated plays – this ain’t no ‘play it and file it’ record.

Oh yeah, I guess while we’re talking this up we should probably mention that Dean Jones from the legendary Extreme Noise Terror guests on ‘Fuck Your War’, brutalizing that track even further. EAHC thunders on…

As you are probably aware, here at TNS we also believe that it is important that bands we release music for support the scene. The Domestics don’t let us down on that front. They put on some great gigs in Ipswich and are also involved in the great Kibou Records.

We are putting out the CD of the album and we are teaming up with some great labels to also release it on 12″s of vinyl. Go and say hello to Imminent Destruction Records, Kibou Records and Orchestrated Dystopia Records. 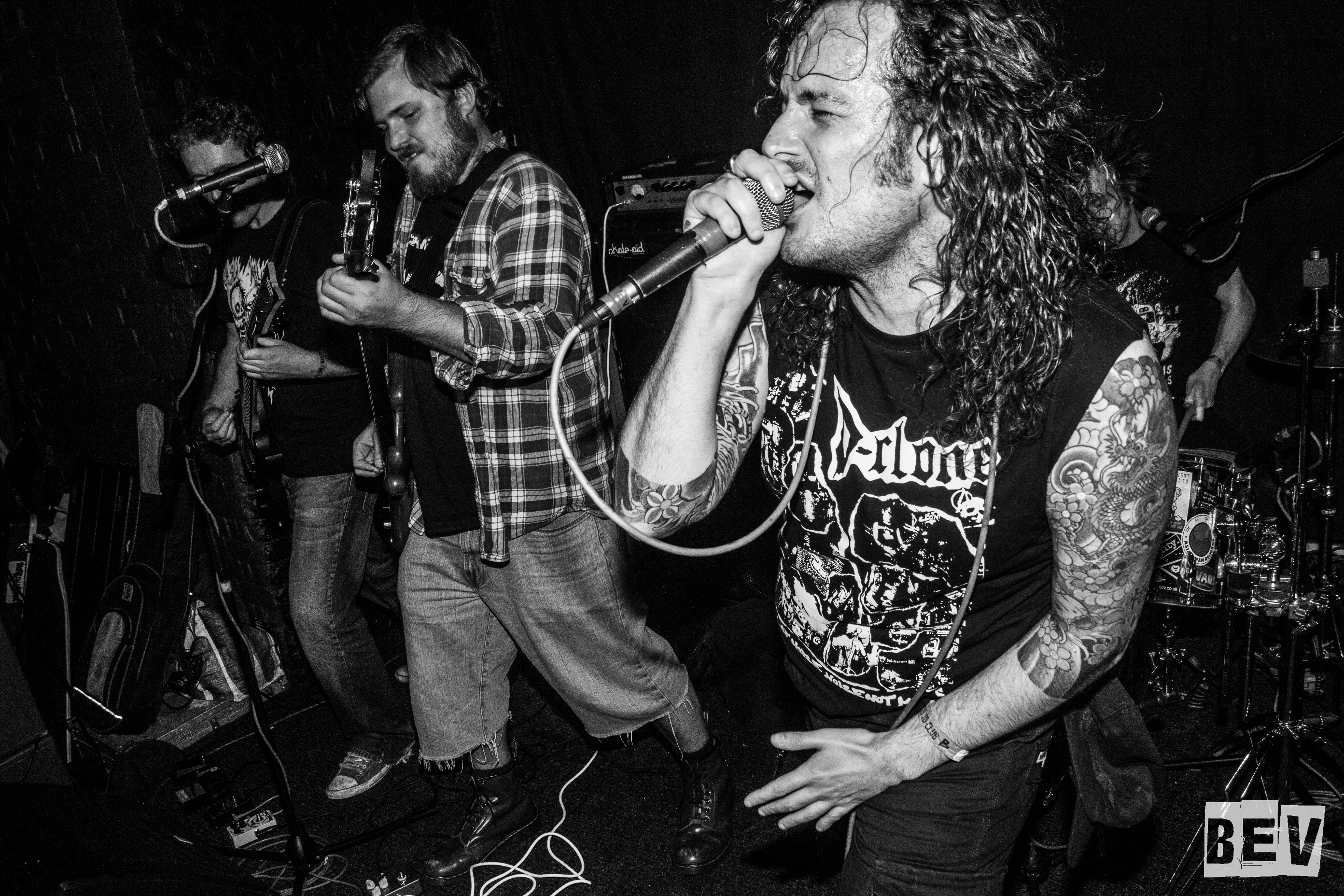 “The new Ripcord” (One Way Ticket to Cubesville)

“Rampaging hardcore punk that fuses good old straight ahead UK punk with US hardcore. It has a certain Britishness about it, but at the same time there are wider influences to their sound from a variety of eras and countries, but none I could pin down” (Suspect Device)

“Hardcore rooted in early ‘80s American acts like Poison Idea and tough late ‘80s NYHC with a dose of classic UK street punk. Methinks they’ve been around the block once or twice too, as lyrical content deviates from simple “fuck you, I’m punk” fare, opting instead for philosophy, evolution, and other more “grown up” topics” (Maximum Rock ‘n’ Roll)

“No slave-mind shackles of taste or stylistic obedience restrain the magnificence of The Domestics’ full throated roar. This is not ‘street-punk’, a confused ball of inchoate resistance and drunken hedonism; this really is a piece of activism, one of the many small self-liberating interventions that make a revolution. This is a fucking weapon” (Oliverarditi.com)