We’re really excited to bring you the debut album from Throwing Stuff! This is hardcore at it’s finest and is sure to be a contender for album of the year. The album is out on the 7th April in time for MPF2017 and the bands tour with Clowns. We have t-shirts and tote bags available exclusively for the pre-order!

The first 25 vinyl pre-orders will get a limited edition record with the b-side spray painted. Be quick or you will miss out! Pre-order the album HERE. Check out an album track on bandcamp HERE.

Throwing Stuff are a four-piece hardcore punk band based out of Manchester, England by way of London and Liverpool. Taking influence from the likes of Minor Threat, Paint it Black and Cold Ones, they play a fast, thrashy, no-nonsense punk that doesn’t take itself too seriously, but won’t shy away from the serious issues.

Fit, Fine & Well is Throwing Stuff’s debut LP. The title comes from the final line of the album closer, Father’s Day. A song about vocalist Ben’s experiences coping with his dad’s terminal, stage four brain tumour over the last year. Throughout his dad’s life, “fit, fine and well” has been the stock response to anyone who asked him how he was. Eighteen months on from diagnosis and two operations later, he still says he’s “fit, fine and well” as he battles what’s going on his head. Father’s Day is as honest and raw as Throwing Stuff have ever been lyrically, unrelenting and intense in the two minutes it lasts. 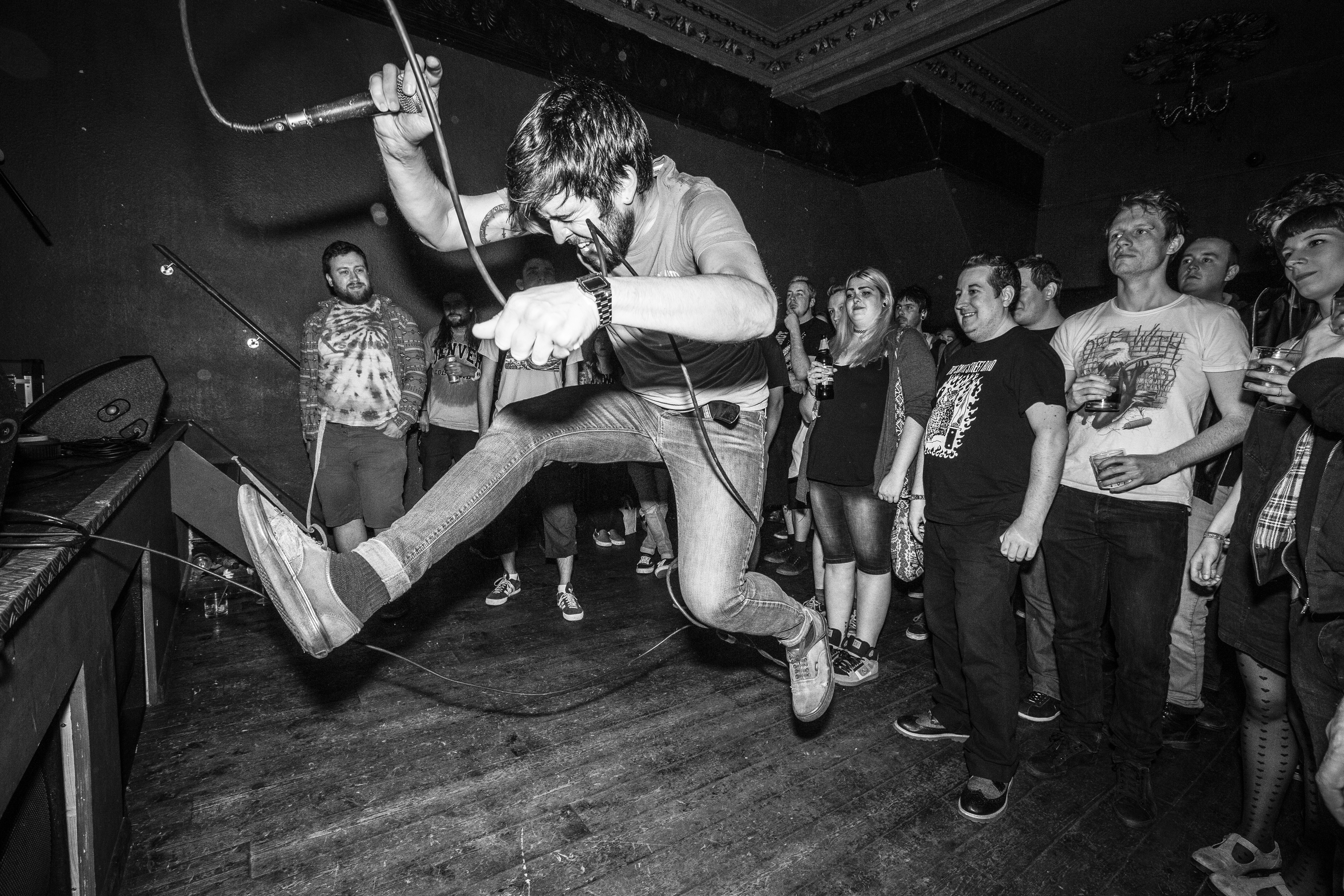 “I Know What’s Best”, a song about Ben’s mental health struggles in the last year, and Hangxiety, a thrashy number on the anxiety-ridden perils of getting battered, continue the Throwing Stuff’s more bleak, introspective shift compared to their earlier material.

When they’re not dabbling with doom and gloom, Throwing Stuff are usually angry about something. Whether that’s the trade in rhino horns (The Hunter), David Cameron’s leadership (We Wrote This Song Before David Cameron Resigned), the pitfalls of evolution (Whatever Made You Think that Paper Was So Valuable?) or genocide (The Butcher). 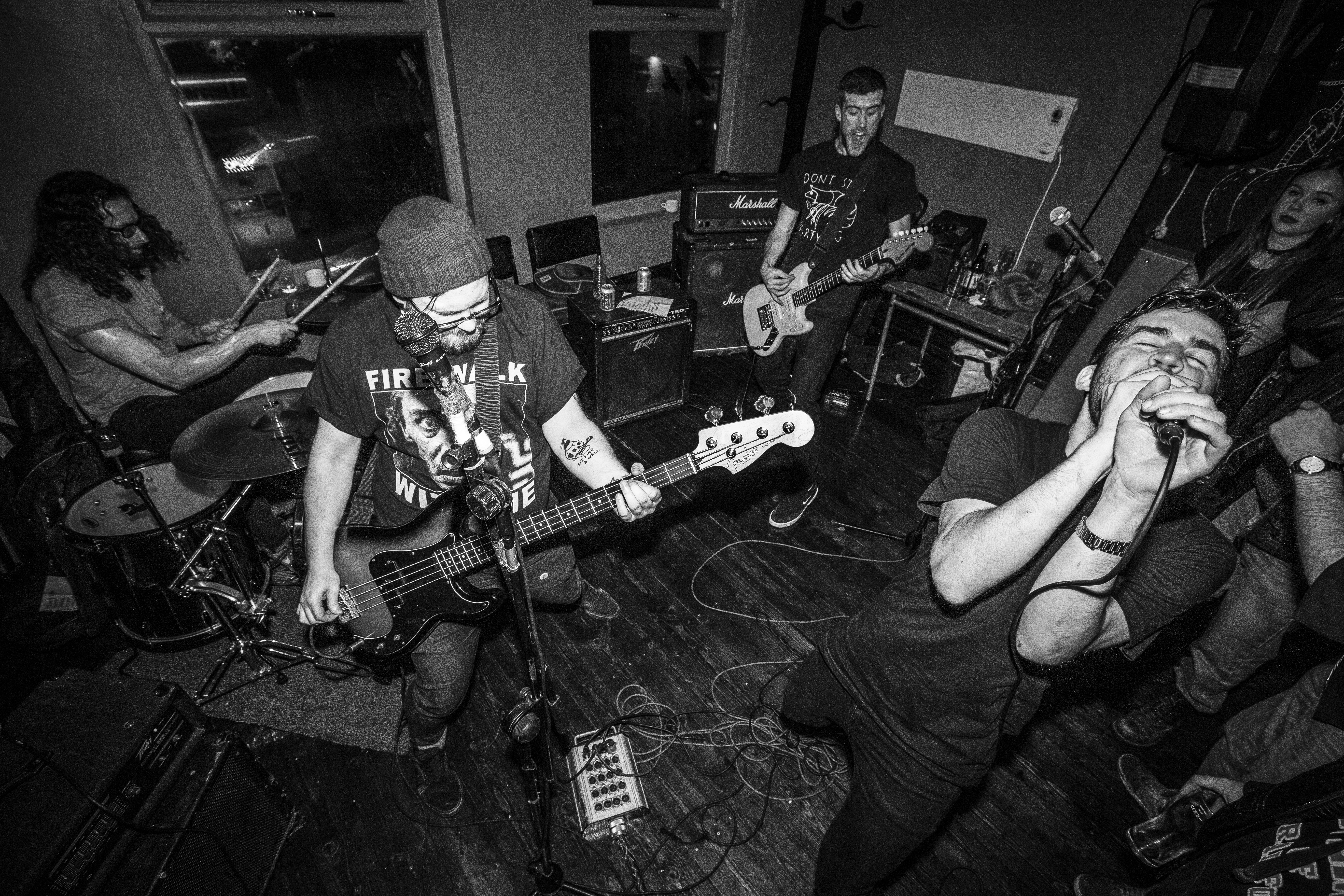 Due for release on April 7th, just in time for their trip around the UK with Aussie punk n’ rollers, Clowns, Fit, Fine & Well is a collection of songs that span almost the entire existence of the band, from the first practice right up to the studio floor. 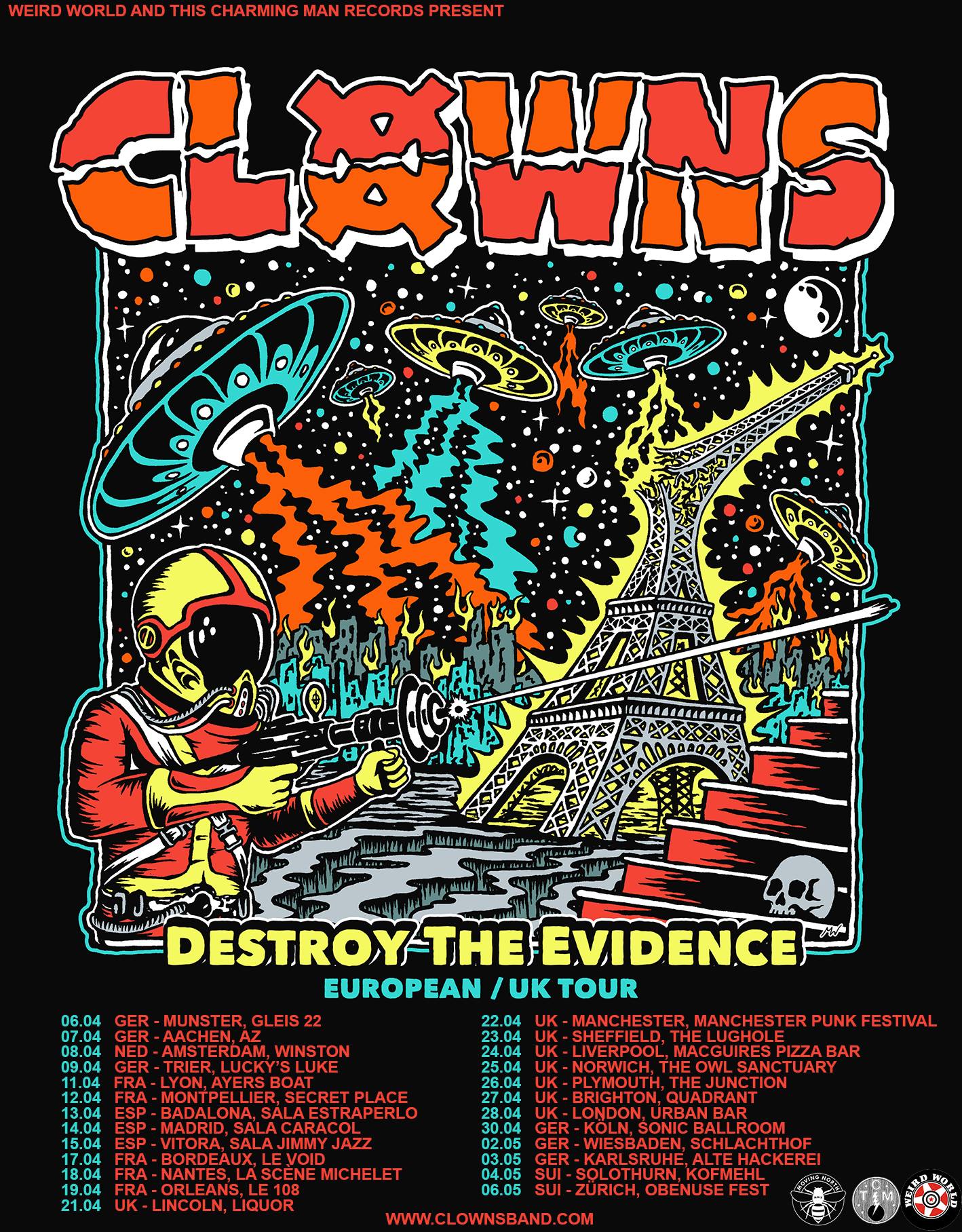